One Man Dies a Million Times 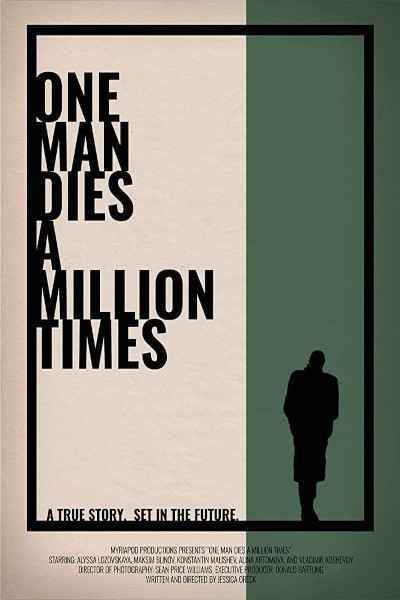 Alyssa (Alyssa Lozovskaya, of Russian tv's Shameless) and Maksim (Maksim Blinov of Masterskaya Theater in St. Petersburg) both work at the Institute of Plant Genetic Resources in the center of the city. The Institute houses the world's first seed bank—an irreplaceable trove of living genetic diversity which holds the potential to transform modern agriculture.

The two young botanists fall in love as the world wages war around them. A record-breaking, desperate winter sets in and the city slowly, painfully, begins to starve to death. Savagery transplants civility. Maksim and Alyssa defend the seed bank and its priceless collection of edible specimens from the starving masses of the city, the enemy, hordes of rats, and each other.

Part documentary, part legend, One Man Dies a Million Times is the true story of the seed bank and the botanists who worked there throughout the Siege of Leningrad (1941–1944). Though the characters portrayed in this film actually lived, and the events they experienced actually happened, this is not a reenactment. Director Jessica Oreck (Beetle Queen Conquers Tokyo, The Vanquishing of the Witch Baba Yaga) and cinematographer Sean Price Williams (Good Time, Her Smell, Frownland) artfully transplant their narrative from 1940’s Leningrad to a science fiction-inflected modern day.

One Man Dies a Million Times premiered at SXSW 2019, and following a festival run that included Göteborg, Kolkata, and Cairo International, it was scheduled for a U.S. theatrical premiere in May 2020. Then the pandemic hit.

Director Jesssica Oreck has always felt strongly that of all her films, this one should only play in the immersive theatrical setting; it's a film in which sound design plays an unusually pivotal role, and more importantly a film honoring the stories of actual people who risked their lives for the world's future. And so the difficult decision was made to hold its release until it felt safer to ask cinephiles to come back to theaters.

One Man Dies a Million Times