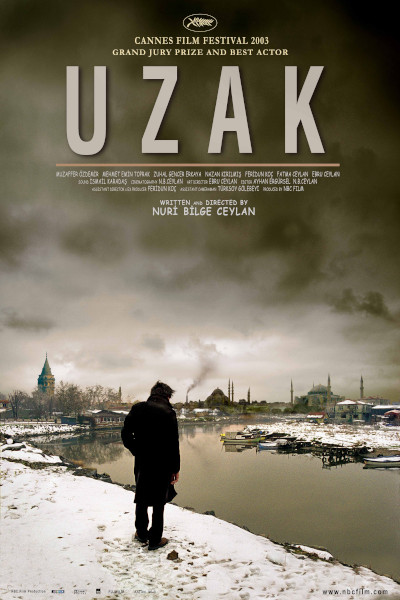 The film takes place in Turkey, but its dynamic could be transplanted anywhere -- maybe to our own families. It is about a cousin from the country who comes to the big city searching for work and asks to stay "for a few days" with his relative, who is a divorced photographer with walls filled with books and an apartment filled with sad memories.

The film, directed by Nuri Bilge Ceylan, is shot with a frequently motionless camera that regards the men as they, frequently, regard nothing in particular. It permits silences to grow. Perhaps in the hurry of Cannes, with four or five films a day, I could not slow down to occupy those silences, but seeing the film a second time, I understood they were crucial: There is little these men have to say to each other and -- more to the point -- no one else for them to talk with. Women are a problem for them both.

A movie like this touches everyday life in a way that we can recognize as if Turkey were Peoria. I can imagine a similar film being made in America, although Americans might talk more. What do you say to a relative who is out of work and seems unlikely to ever work again? He is family, and so there is a sense of responsibility bedded in childhood, but there are no jobs and he has no skills, and your own comfort, which seems so enviable to him, is little consolation to you. To have joyless work means you have employment but not an occupation. At the end, one of the men is sitting on a bench on a gray, cold day, staring at nothing, and if we could see the other man, we could probably see another bench. "Distant" is a good title for this movie.

Note: At Cannes, the movie won the Jury Grand Prize, and Ozdemir and Toprak shared the prize as best actors. The previous December, Toprak died in a traffic accident. He was 28.