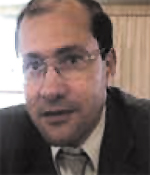 Fair and balanced. We report, you decide. The most trusted news in America. Most of these advertising tags strike me a version of the proverbial big lie - not just slanting the truth but rotating it 180 degrees in the opposite direction. "Control Room," a riveting new documentary about the Arab-run Al Jazeera network, reminds us that news programming can vary so widely from place to place that journalistic myths of "objectivity" and "impartiality" seem more naive than ever. Jehane Noujaim is an Arab-American filmmaker, but the view of Al Jazeera presented by "Control Room" doesn't seem especially skewed toward Arab perspectives. Compared with many US cable shows, in fact, it seems ... well, fair and balanced. "Control Room" shows how all reporting is storytelling that's controlled by editors, producers, and ideologies. Nobody interested in world affairs can afford to miss it. Source: David Sterritt, The Christian Science Monitor.