Ju-On: The Grudge double-feature with Gozu

Chilling tale from the creators of Ringu (The Ring) 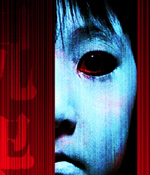 JU-ON: THE GRUDGE -- This Japanese horror film recycles many tricks from seminal shocker Ringu (The Ring), but that doesn't make Ju-on any less chilling. Director Takashi Shimizu chooses cruel psychological suspense over gore and succeeds in spinning a minimal plot into a panorama of malice. There's little gore or special effects. Shimizu lets viewers see a lot of the evil spirit -- actress Takako Fuji in disturbing makeup -- and shocks come from watching its looming approach on the victims. Sound effects increase the tension, and there are disturbing asides. Source: Richard James Havis, The Hollywood Reporter.

GOZU -- If David Lynch moved to Japan and started making yakuza gangster thrillers, the result might be Gozu. Part yakuza movie, part horror flick, it follows yakuza underling Minami (Hideki Sone) who's ordered to whack his erratic boss Ozaki (Shô Aikawa), but finds himself trapped in a surreal suburb after the corpse goes walkabout. To say Gozu steps beyond the bounds of sanity is rather like saying that Jeffrey Dahmer had unusual dietary habits. It focuses on the traditional yakuza movie themes of loyalty, camaraderie, and a blood-soaked code of honour, with Miike taking Minami on a journey into his guilt-ridden psyche as he's forced to kill the man he calls brother. Miike is one of the most consistently innovative and unpredictable directors in the world. Let's just hope he keeps forgetting to take his medication. Source: Jamie Russell, BBCi.

Ju-On: The Grudge double-feature with Gozu