Kick off Toofy with an eclectic collection of shorts 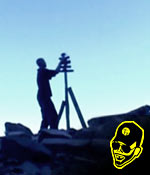 Kick off the Toofy Film Fest 2005 with an eclectic collection of short comedies, dramas, and documentaries. This showcase features “Balancing Point,” a film by Boulder’s own Danny Brown.