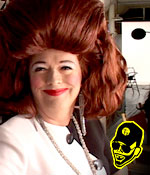 Starting from a single post on craigslist.org, eight film crews were assembled to document a random day-in-the-life of what has evolved into the world's largest community web site. The mundane, sublime, ridiculous and profound, all come together to celebrate this hilarious and often foreboding feature-length documentary.