A vibrant embodiment of the creative spirit under duress 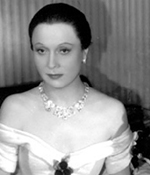 The story behind the making of Les Enfants du Paradis (Children of Paradise) is as interesting as the film itself, and since the film is one of the great achievements of French cinema, that’s saying something. Director Marcel Carné and writer Jacques Prévert developed the film under the suspicious gaze of movie-industry regulators in Nazi-occupied France, and somehow managed to slip a deliciously subversive work of art past them.

The film’s title is an ironical reference to the inhabitants of the nosebleed section of theatres at the time. The title also refers to those lucky and gifted enough to perform on the stage, for this very same audience reveres the actors as gods.

Les Enfants du Paradis follows a four person circle of unrequited love, where each member loves someone who cannot or will not love them in the way that they need or desire. This wild goose chase of unrequited love begins with the beautiful and mysterious Garance (Arletty), who is pursued by men she doesn’t love, while loving a man who is too much the idealist and romantic to love her back.

Set in post-revolutionary 19th century France, the film’s commentary on Nazi occupation is sly. When we learn that actors are not allowed to speak on stage, as was the case at the time, the parallels to contemporary Europe, where artistic freedom was stifled under the boot heels of fascism, is clear. Also clear is Carné’s contention that while artistic expression may be temporarily muffled, it can never be completely oppressed. (D. Jardine, Apollo Guide)