Winner of the Sundance World Cinema Audience Award for drama 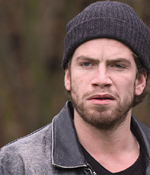 A husband, father and officer in Denmark's army, Michael (Ulrich Thomsen) is cut from the classic square-shooting hero's mold. "Brothers" begins with Michael learning that he and his men are being deployed to Afghanistan, a situation that upsets both his wife, Sarah (Connie Nielsen), and his two young daughters. Later the same day, he has to drive to a local prison to pick up his brother Jannik (Nikolaj Lie Kaas), just released after serving time for bank robbery. Immature, alcoholic Jannik has no trouble playing Cain to his brother's Abel.

But then Michael goes to Afghanistan, and almost immediately the family is told that he has died in a helicopter crash. Relationships change because he is not there, people transform because of the press of events. Even more unsettling, we end up knowing more about things than the characters do, which makes our investment in their choices even more intense.

It's not surprising that the story of "Brothers" is this intensely dramatic: It was written by Anders Thomas Jensen, whose previous credits include such well-regarded films as "Mifune" and "Wilbur Wants to Kill Himself."

Also contributing to the verisimilitude in "Brothers" is the way Bier and cinematographer Morten Soborg decided to shoot it. As detailed in an article in American Cinematographer, the film exclusively used real locations and allowed the actors complete freedom to move anywhere in them and the director of photography the freedom to point the camera at anyone at any time. The end result was that the performances reached a remarkable level of intimacy and intensity. (K. Turan, Los Angeles Times)