American soldiers do their best in an untenable situation 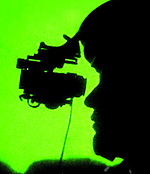 To most of us, the American soldier in Iraq is little more than an armed cipher, a highly trained machine shrouded in fatigues and futuristic equipment. Isolated not just by geography but also by the literal self-effacement of the military, our troops keep their feelings -- about Iraqi civilians, or the effectiveness of the occupation itself -- to themselves. Any ambivalence is unlikely to be shared with a reporter from CNN.

In "Occupation: Dreamland," eight members of the Army's 82nd Airborne Division allow the directors Ian Olds and Garrett Scott to shadow them for six weeks early in 2004. Stationed in a rapidly destabilizing Falluja -- mere months before the infamous burning and hanging of civilian contractors -- the squad is bunked in a former Baathist retreat known to the locals as Dreamland. Their mission: to maintain security in the area while improving relations with the Iraqis, a near-impossible task requiring a surreal agenda of search-and-seizure raids juxtaposed with impromptu town meetings.

Through the film's jittery lens, we accompany the squad members on nerve-racking patrols and hang out with them in cramped living quarters. What we see is a determinedly nonpartisan portrait of regular guys, all doing their best to carry out inchoate orders in an untenable situation.

The film's most powerful moment occurs not in the heat of the streets but in the calm of the classroom. During a series of compulsory re-enlistment seminars, soldiers who admit their disinclination to continue in the Army are repeatedly warned of their inability to survive in the outside world -- a view that is persuasively rebutted by every other scene in the film. Indeed, as the men openly question the usefulness of their presence in Iraq, "Occupation: Dreamland" presents a compelling study of composure and decency in the midst of overwhelming pointlessness. "I guess somebody smarter than me knows what's going on," offers one young man. No one watching will want to be the one to tell him. (J. Catsoulis, New York Times)