A sneak preview of the coming International Experiemental Cinema Exposition 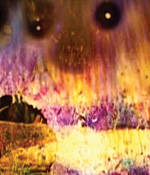 TIE, The International Experimental Cinema Exposition was conceived in Telluride, Colorado(2000) by film curator, Christopher May in a vision shared with his colleagues to join the world of experimental/avant-garde filmmakers and exhibit a high-caliber, international experimental cinema. In doing so, TIE has had the dual mission to preserve the fundamental qualities of cinema and film exhibition. TIE insists that experimental motion picture films and their makers hold the fundamental key in illuminating the truest form of cinema. Since the festival's inception, it has screened over 600 innovative historic and contemporary films and has joined over 200 of the world's leading avant-gardists.