From the 2006 Sundance Film Festival 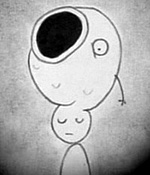