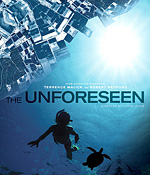 A developer reflects upon his desire to overcome nature and on the limits of personal power in an environmental documentary centered on a popular Texas swimming hole. Filmmaker Laura Dunn tells the story of Texan Gary Bradley, who rues having grown up subject to nature's random whims as a farm boy. He sets out for Austin for “a life I had more control over” as a real estate developer. When the savings-and-loan industry implodes, however, Bradley is left without funding for the subdivision he has planned near Barton Springs, one of North America's largest spring-fed swimming holes. Environmentalists further undermine Bradley's plans. The film follows the sea change in environmental politics initiated when George W. Bush defeated Ann Richards for the governorship of Texas in 1994. By the end of the film, the staggeringly overextended developer finds himself subject to external forces in ways his rural upbringing could never have prepared him for. Includes commentary by Robert Redford, William Greider.

A huddle of construction workers stand atop a skyscraper they are building, preparing a fourth-quarter phase of the project. Small prayers are made before the lead of this small group takes a small silver cross and puts it in the still-wet cement. Then a long tube, some kind of metaphorical anus, pours brown, chunky cement over the cross and embeds it forever in the tower's foundation.

Laura Dunn's striking debut The Unforeseen is a documentary overrun by imagery that's stacked, scrunched, sketched, and outlined within the parameters of an eco-parable from the heart of West Texas. The forces of progress meet the liberal greenies for a showdown with the green, upscale Austin habitat Barton Springs and a hampered real-estate developer named Gary Bradley as the opposing focal points. Partially shot by Lee Daniel, who's also shot a substantial number of Richard Linklater's films, Dunn's film is exploration of ecology, religion, politics, and progress.

The first shot goes off in 1972 when Bradley, an eventual victim of the Savings and Loans Crisis of the 1980s and '90s, puts in a bid to develop the area around the much-adored Barton Springs in the heart of Austin. Republicans want free rein in water and zoning regulations that would allow them to pollute the springs; liberals want to keep the springs as they are and file an S.O.S. ordinance to try and stop them. And for a moment, they succeed at keeping their beloved area a "rejuvenation," as some yokels put it. Tragedy strikes, however, when Senate Bill 1704 is passed, allowing for many projects to be grandfathered in and put under lesser scrutiny for their impact on the Springs and other natural habitats.

Urban sprawl might be offered up as a sort of cancer, but Dunn's direction is by no means biased. Real-estate broker Marshall Kuykendall, conservative Mayor Roy Butler, and stratus lobbyist Dick Brown are given ample airtime, though the latter being shown putting together a model bomber jet is a little too obvious to brush off as chance. As they put it, there is something legitimate to be said about the rights of men to build homes and communities. It's the intersection where that legitimate right begins to outweigh the rights of nature and wildlife that Dunn's film has a jones for, where the right to property mutates into good ol' American greed.

To that end, Dunn offers Bradley as a paradigm of overzealous capitalism. A decent enough fellow, the would-be real-estate mogul gives a crash course in the complex chutes and ladders of the land-buying game. What Reagan deemed a "jackpot" eventually sent Bradley home to bury his mother and face his hometown as, essentially, a fraud. Is he one? In court, a prosecutor asks what Bradley feels are his pros and cons as a real-estate developer: He has trouble prying one honest-to-goodness blemish out of Bradley. Perhaps he's less the "up-from-nothing guy" that Rolling Stone essayist William Greider considers appealing in real-estate men and more the con man that environmental lawyer Bill Bunch accuses him of being.

Though Daniel's shots certainly owe a great debt to the alien terrain of Werner Herzog's now-classic Lessons of Darkness, Dunn incorporates 35mm, home movies, and digital rendering of the Austin pipelines into her eco nightmare. Wendell Berry's grainy voice hangs over moments of serene landscape, waxing poetic about "the man with money" and "the unforeseen." Deeply ponderous, the director's use of imagery and sound distinguishes the film from being simple rhetoric against inherent greed and, like the films of executive producer Terrence Malick, raises it to the level of visual sonnet.

A final section in Dunn's film shows incumbent Governor Ann Richards, a champion of Barton Springs, being ousted by George W. Bush. The jokes write themselves, but you can't help but feel solemnity wash over you at the sight of Bush with pro-sprawl voters. Halfway through, Dunn's other big-name executive producer, Robert Redford, takes the screen for a moment and remembers his youth in L.A. when he could "step outside and smell the flowers." That's one reason why Hollywood could never produce a film like The Unforeseen: they might as well be calling the kettle black.