Free Q & A with Film Editor 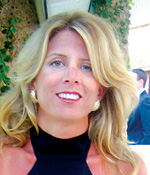 Jen Dean is a commercial film editor based at Lost Planet Editorial since 1999, where she apprenticed under editor/owner Hank Corwin (THE NEW WORLD) and worked with Martin Scorsese. She has edited commercials, music videos, and a lifetime achievement film for designer Carolina Herrera. Jen recently won Best Editing in a Music Video from the Association of Independent Creative Editors.