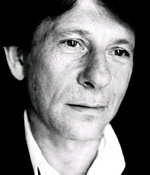 Even before he was arrested in Los Angeles and charged with drugging and raping a thirteen-year-old girl, Director Roman Polanski (CHINATOWN, THE PIANIST) had already led a life that could have been the subject of multiple thrillers and tragedies. After Polanski lost both of his parents in WWII, he became a star filmmaker in his native Poland, England, and eventually in the US. In 1969, his lover, actress Sharon Tate, was eight months pregnant when she was killed by Charles Manson's followers in the notorious Helter Skelter murders. This documentary by Marina Zenovich details the events that led to Polanski's self-imposed exile from the US, and questions the self-aggrandizing agenda of the sentencing judge on Polanski's case.

For those who aren't familiar with the infamous charges brought up against director Roman Polanski thirty years ago, Roman Polanski: Wanted and Desired brings us a heavily detailed and fascinating look inside the events surrounding the trial, while presenting a portrait of an injured artist who's wanted by law enforcement here in the States, yet desired around the globe for being the man behind such classic films as Rosemary's Baby, Chinatown and The Tenant.

Director Marina Zenovich coughs up tons of tasty archival footage -- coupled with interviews from both sides of the case -- while piecing together the events leading up to February 1, 1978; the day Polanski boarded a plane heading for France and never returned. Unfortunately, the two most prominent characters in the film, Polanski and Judge Laurence J. Rittenband, are not interviewed -- though we hear plenty from Polanski through thirty-year-old interviews. It is not the most powerful or emotional film, but it's certainly engaging enough to warrant the recent rights purchase by The Weinstein Co. and HBO.

Even before Polanski was charged with unlawful sexual contact for engaging in sexual acts with a 13-year-old girl, invited to Jack Nicholson's house for a photo session, the director had somehow managed to coordinate his way through a life full of big ups and even bigger downs. At an early age, Polanski's family were caught up in the German invasion of Poland, subsequently landing them in concentration camps where his father died, and his mother barely survived. Later on in life, at the height of his career, Polanski suffered another blow when his wife Sharon Tate was horrifically murdered at the hands of the Manson family.

This info isn't presented to us in a way that's supposed to sway our opinion of Polanski and the fact that, yes, he still engaged in sexual acts with a 13-year-old girl. However, the film is definitely more pro-Polanski than it is against the man. What is known about the case is presented, including taped comments from Polanski and the victim, Samantha Gailey (now Geimer), as well as both attorneys. You might wind up asking yourself: "But was it consensual?" And if it's consensual, does that really make a difference when you're talking about a girl that young? Regardless of how you personally feel about the man and the charges, the film is at its best when it focuses more on Polanski's celebrity image and how the original judge in the case was more interested in looking good for the media than he was in delivering a fair verdict.

Perhaps the most fascinating fact (and this was something I did not know) came in the reveal that, when a new judge was assigned to the case in 1997, he agreed to throw out the charges if Polanski were to return to the States -- on one condition: that the hearing be televised. Because of that, Polanski decided against coming back. And who can blame him?

Is Polanski a great filmmaker who made a mistake, or a perverted coward who ran from the law instead of facing the music? Watch the film and decide for yourself.