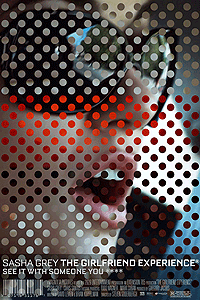 Stylish, inventive and cool, Steven Soderbergh's "The Girlfriend Experience" is a Godardian inquiry into the ways in which sex and money function as transactional media at a time of diminishing economic prospects.

Shot on the ultra-cheap with mostly non-pro actors, it has a convincing air of intimacy. But the affectless lead actress and a manipulative script undermine some of the fine, fascinating work Soderbergh conjures.

For this type of material, Gray isn't much of an actress -- her dim affect is cool, yes, but also excessively thin. And despite the improvised, fly-on-the-wall quality of the film, several deliberate screenplay choices give the story something of a moralistic quality. Soderbergh's experiments are gripping -- the photography, music, wobbly chronology and so on -- but the movie is more of a curiosity than anything else.