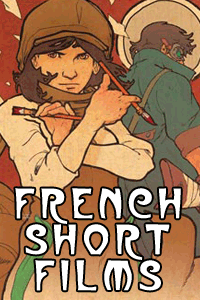 The program includes a broad range of styles and genres, from animation to fiction to documentary, reflecting the diversity of both the visions of contemporary French filmmakers and the people of France--from foundry workers in Brest, to Algerian immigrants transplanted to Paris; from the malaise of la vie quotidienne for a bourgeois married couple, to flirtatious youths in the capital’s Metro system.