With Adoor Gopalakrishnan in person 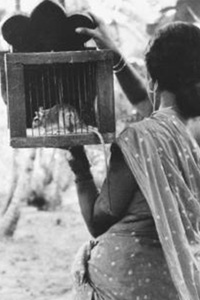 Adoor Gopalakrishnan is India's most distinguished contemporary filmmaker, and Rat Trap is his most acclaimed film. Made in 1981, it won several national and international awards including the Sutherland Trophy and the prestigious British Film Institute Award. It is one of the key films of the Indian New Wave.

Remarkable for its focus on characterization and detail, Rat Trap is set in rural Kerala, in southern India. Its story concerns Unni, the last male heir of a feudal and decaying joint family. His inability to accept the socio-economic changes that are transforming the world outside result in his gradual withdrawal into a metaphorical rat trap sprung from his own isolation and paranoia. The decline is vividly told, with color and music playing a significant part in the film's thematic development.