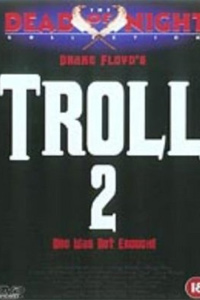 Troll 2, a low budget, Italian B-horror film originally released in 1990, is currently ranked on Internet Movie Database (IMDb) as the #1 worst movie of all time. The film by Claudio Fragasso, under the fake name of Drake Floyd, is about a family trip in which a young boy named Joshua is chased by man-eating goblins in a town called Nilbog ("Goblin" spelled backwards, as Joshua realizes). Vegetarian Goblins of Nilbog attempt to transform Joshua's family into edible plant mush until a deceased grandfather and a double-decker bologna sandwich saves the day.