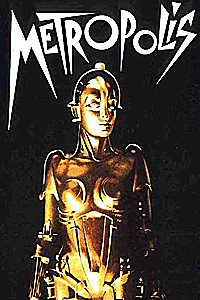 It’s a sad truth that early filmmakers and film watchers underestimated the longevity of the medium. One hundred years ago, not only was the future of DVD and Blu-ray completely unforeseeable but the cultural importance of preserving film as a historical artifact wasn’t really in place. Consequently, films were often mistreated, forgotten, and abused, to the point that many historians estimate that a majority of films up until 1930 are missing entirely. Some works still exist in truncated form but even whole reels of those works are often lost to the bad behavior of history. Such a film has always been Fritz Lang’s amazing Metropolis, a work that premiered in January of 1927 in a two-and-a-half hour version and has been seen in multiple, shorter cuts since then, largely because much of it was missing but also due to international alterations. By the time the film got to U.S. shores in March of the same year, it was already an hour shorter and much less powerful. For years, different versions would pop up, including a 1980s version complete with color tints to the black-and-white cinematography and songs by Queen. It wasn’t until 2002 that a definitive version using as much of the original camera negative that could be found was assembled and the picture was restored to the highest caliber it could be at the time. It was 124 minutes and it was the version we all thought would be the final word on arguably the most influential film of all time.

History has a sense of humor because shortly after the release of what we all assumed would be the final version of Metropolis, a curator of the Buenos Aires Museo del Cine found what was nearly a complete copy that was longer than any existing print by nearly half an hour. About a fifth of the film that had never been seen since the Berlin premiere would be unveiled for the first time. Another restoration was undertaken, although the newly reincorporated footage was incredibly damaged and is sometimes even hard to see, and now is being released under the title The Complete Metropolis. It’s a must-see for anyone who dares call themselves a film historian and is easily one of the most important film events of the year. A solid argument could be made that Metropolis is the most influential film of all time with themes and images that would define science fiction for the next century. And now it’s even better. The footage found in Argentina is easy to spot as its both much more weathered than the nearly-perfect rest of the film and contains the wrong aspect ratio. While it’s a bit distracting to not be able to watch the film exactly as it was seen in 1927, it’s interesting to note exactly what’s new by picking it out with the naked eye. (However, it should also be noted that some existing, undamaged shots had to be moved around to reincorporate the newly found material, bringing the film even closer to what Lang first intended.) And it’s not mere filler. Some of the lost material is made up of entire scenes and even when they are an extra reaction shot or two, they add depth to certain scenes that wasn’t there in previous versions. Most notably, a few supporting characters have much larger roles including a significant scene in which Georgy experiences the night life at Yoshiwara and a scene where “The Thin Man” follows and torments the same worker whose identity Freder has taken is simply remarkable. Every one of the found 25 minutes serves to deepen Lang’s timeless themes of unchecked power and the will of the people to revolt.

One of the most important and remarkable films ever made has been made even better than it was during the decades in which it was influencing hundreds of filmmakers, artists, writers, and movie lovers. If it comes anywhere near your town, go see it and thank the movie Gods that it even exists. There’s no star rating high enough.