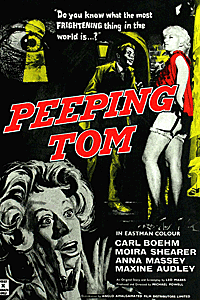 It centers on scoptophilia (voyeurism, or the morbid desire to watch), and so the central character naturally works in movies. A Freudian script of notable maturity teases limitless implications from this premise, while maintaining a healthy sense of humour. (D. Adams, Time Out)