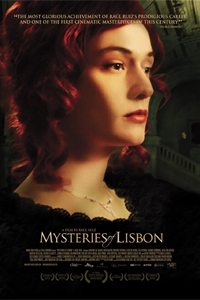 Raul Ruiz's masterful adaptation of the eponymous nineteenth-century Portuguese novel is an engrossing tale that follows a multitude of characters whose fates conjoin, separate and then rejoin again over three decades in Portugal, Spain, France and Italy.