Heart of Sky, Heart of Earth 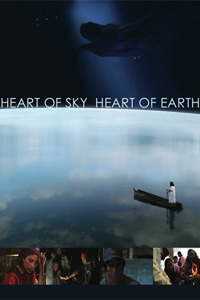 The ancient Maya believed the present world would end and a new cycle would begin after 5,125 years. How does the story end? Does the water change color? Do the oceans collapse? Or does the sky fall as the last tree is cut?

Heart of Sky, Heart of Earth allows the Maya of today to answer these questions by following six young Maya in Guatemala and Chiapas through their daily and ceremonial life, revealing their determination to resist the destruction of their culture and environment. As corporations go to the ends of the earth to extract all of its value and resources, the young people in this documentary offer a wholly indigenous perspective in their own words (without narration). Each story touches upon a facet of the current global crisis.

Heart of Sky, Heart of Earth