With director Eva Aridjis in person! 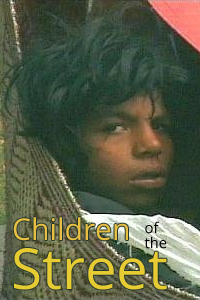 Part of the Americas Latino Festival
Children of the Street examines the gritty reality of four children living on the streets of Mexico City. Filmed during September and December of 2001, this dramatic and moving documentary follows Marcos, Erika, Antonio, and Juan as they get high, visit their families, and struggle to survive in the world’s largest metropolis.