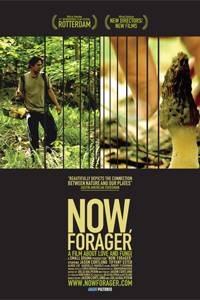 Eric Skokan, owner and chef of the Black Cat Farm-Table-Bistro and the Bramble and Hare restaurant, will introduce the film.
Now, Forager depicts the relationship of a professional mushroom forager, Lucien, and his wife and foraging partner, Regina. When Regina opts to leave the hardscrabble foraging life for stable work as a chef, their relationship is tested. Now, Forager depicts both Lucien and Regina at work in their respective milieus. Mushrooms, food, and nature weave continuous threads throughout the film.