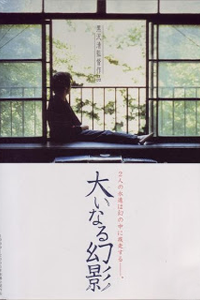 Is love possible in a world where we have freed ourselves from our desires? In this ironic investigation into alienation, Haru and Michi dream of escaping from their life in a world in the near future that becomes increasingly surreal as the film progresses.

The latest film by Kurosawa Kiyoshi was made on a modest budget and with a young crew from the small Film School of Tokyo. The story is situated in the near future. Michi works at the post office where she is responsible for packages to be sent abroad. One day she steals a package containing seeds that she plants on the roof of her apartment. Her boyfriend Haru works in music, but he lacks enthusiasm. All his desires are tiny, including the desire for sex. In the outside world, a bleached skeleton is washed ashore on the coast. Maybe there's a war going on somewhere. Michi and Haru are both unmoved. The reality affecting the protagonists is not shown in terms of cause and effect, but scattered: a characteristic of Kurosawa's narrative style is that he lards his films with incomplete 'narrative' fragments, and here more than ever. Michi keeps wondering out loud: 'Where are we?' Haru doesn't know. But despite his awareness of the rarity of his life, he says: 'I'm here with you.' By showing events, information and even physical experiences that lack any sense of reality, Kurosawa sketches a picture that looks a lot like the present world and confirms the rarity of this existence. In the end, it focuses on the question of whether love is possible.