Introduced by Bobby Stuckey of Frasca 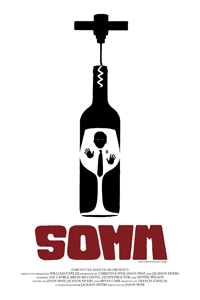 Introduced by Bobby Stuckey, Master Sommelier and co-owner of Frasca Food and Wine.

SOMM is a documentary that follows four passionate wine professionals who are friends as they study for and take a grueling and fiendishly difficult exam to attain the title of "Master Sommelier." Master Sommelier is the top rank of the Court of Master Sommeliers, an international guild that sets standards for wine professionals. Only three percent of the candidates (approximately 200 people over the past 40 years) have passed the exam. The tension is palpable as the men repeatedly and obsessively review their flash cards on wine production and enjoyment into the wee hours and blind taste scores of wines.