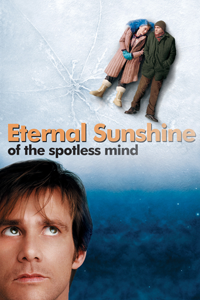 Manny Farber wrote this about Orson Welles over fifty years ago: "Welles bequeathed to Hollywood, which had grown fat and famous on hurtling action films, a movie (Citizen Kane) that broke up into a succession of fragments, each one popping with aggressive technique and loud, biased slanting of the materials of real life." During that same period, Farber referred to Preston Sturges as a filmmaker working eternally within "the presence of Dada and surrealism"--and it's taken over fifty years, it seems, for the United States to produce what is at its essence the product of a marriage between Welles's self-conscious audacity and Sturges's common touch: Charlie Kaufman--more specifically, the Charlie Kaufman Screenplay.

Always involved in exploring the peculiarities of sexual behaviour and the mad synaptic acrobatics of human neurosis, Kaufman, with the fetal Being John Malkovich, the wayward Human Nature, the thematically complex Adaptation., and the extraordinary Confessions of a Dangerous Mind, has become the anachronism of a powerful, name-recognizable screenwriter--and one of the most important American voices in the disaffected post-modern cinema. Thematically, viscerally coherent despite an abundance of cleverness (in fact, Kaufman's cleverness is less a distraction than a punctuation of his auteur concerns), his films' relative sterility, populated as they are by emotional amputees in need of prosthetic relationships, is the chief criticism levelled against Kaufman. But Adaptation. began to address that gulf with one line, "You're what you love, not what loves you"--an evolution continued by a surprisingly sweet affair grounding Confessions of a Dangerous Mind. But it's Eternal Sunshine of the Spotless Mind that completes Kaufman's emergence into an emotional world with what is essentially an ode to one of my favourite ideas and phrases: the madness of love in a temporary world.

Joel (Jim Carrey) meets Clementine (Kate Winslet) at Montauk in the winter; he's never heard "My Darling Clementine." They fall in love, he drops her off, and then sometime in some future she forgets him with the help of Lacuna Corporation (its name meaning "a blank space"), run by Dr. Howard Mierzwiak (Tom Wilkinson), techies Stan and Patrick (Mark Ruffalo and Elijah Wood), and receptionist Mary (Kirsten Dunst). An act of retribution, Joel decides to do the same thing: assuaging the pain of being temporary by collecting all artifacts of Clementine's existence (including, in a flash, Tom Waits' extraordinary "Rain Dogs") and taking a leap into voluntary decrepitude. The film is told as a montage of Joel's reflections of love at the moment of their erasure, and it's every bit as melancholy and romantic as the conceit would imply.

Performed with restraint and an affecting weariness by Carrey, and with warmth and dizzy energy by Winslet, Eternal Sunshine of the Spotless Mind is a picture of career performances bolstered by stark, mellifluous imagery. Director Michel Gondry's blueprint seems to be a fever dream or a beat poem, infecting the most mundane dialogue scene with book titles disappearing off shelved volumes and beach houses collapsing under the weight of fading memories. Its supporting cast to a member deadly true in their roles (Dunst's recent impolitic declaration that she would have made a better Sylvia Plath than Gwyneth Paltrow is borne out by her character's own dark transformation), the picture is a cascade of thoughts that rejects traditional narratives while holding fast to recognizable strictures of storytelling. Joel is the hero, attempting to rescue his damsel from the dungeon of his mind and bad decisions.

Eternal Sunshine of the Spotless Mind revolves around two quotes. The first is from Alexander Pope's "Eloisa to Abelard," in which the poet takes on the voice of a young woman at war (as all of Pope's protagonists seem to be on some level) between feelings of love and religiosity:

How happy is the blameless Vestal's lot!
The world forgetting, by the world forgot.
Eternal sunshine of the spotless mind!
Each pray'r accepted, and each wish resign'd.y

The second is from Nietsche's Beyond Good and Evil, Part VII: "Blessed are the forgetful: for they shall have done with their stupidities too."

Both passages are quoted by Dunst's Mary in the film, and both speak to an idea of bliss as well as a blueprint for morality and identity--the question raised the extent to which experience and memory feed not only our personality but also, as Kaufman appears to suggest, our emotions. It's love as predestination (predestined for doom or ecstasy, it makes no difference), and a moment in which Joel's remembered self asks his dream lover what to do when their illusory time is so limited ("Enjoy it" is the answer) cuts deep to either the despair of love lost or the anticipation of its inevitability. When I met my wife, I felt like I'd known her forever--my memories of before we met are all tinged with confusion as to where she was or the certainty that she was there somehow. And in our darkest moments, the truth that I'd do it all over again in a heartbeat despite the pain of those moments is an emotional verity examined by Eternal Sunshine of the Spotless Mind. With the poetry of a train station its departure point, the picture is fascinating and powerfully affecting--I'm haunted by its ability to formulate the impossible complexity of the will to love to the screen.