Local underground filmmaker and film collector Anthony Buchanan will present a 16mm program of oddball religious and drug scare films pulled from the weird world of vintage educational films, all designed to make you “Learn Your Lesson.” Maybe you grew up seeing them in classrooms, maybe you’re only familiar with them as the campy detritus of our cultural past…here’s a chance to see some rare classic shorts-largely neglected by film history-that made us behave and kept us in our seats in a bygone era of scratches, splices, and rickety projectors in the classroom. Join us at the beginning for some vintage psychedelic fun with a print of the Sal-Mineo-narrated cult classic LSD-INSIGHT OR INSANITY? and other drug flicks, including a segment of the gorgeously animated DRUGS AND THE NERVOUS SYSTEM. The unbelievably bad voiceover in the latter film will leave you thinking: “…Look at all those colors!” Following this is a print of an early-80s Christian doc on the Occult, REVIVAL OF EVIL, which exposes--hilariously--the “evil” agenda of rock and roll, séances, UFOs, New Agers, Ouija boards, Dungeons and Dragons, gurus and all the other tools of the Devil. Save yourselves before Satan gets ya!

Warning: this program contains back-masking, depictions of Satanic rituals, delinquent drug use, rock and roll, psychedelic colors, and old dudes who want to save your soul. Can ya dig it? 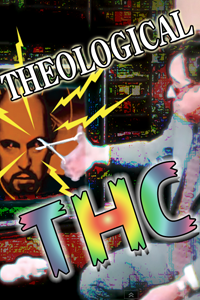 Join us for a special 16mm show of entertaining and naïve drug scare and religious educational films! From the trippy to the ridiculous, these rare and oddball films, which include the classics REVIVAL OF EVIL and LSD: INSIGHT OR INSANITY?, all presented on 16mm, will keep you in the God-fearing hands of sobriety-while enjoying lots of vintage campiness in the process.