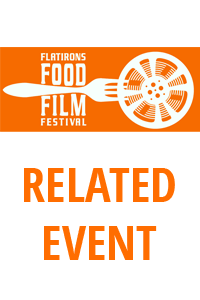 Sunday, October 19th, prior to the screening of EL SOMNI, talk and demonstration on molecular gastronomy by Chef Ian Kleinman of the Inventing Room, Muenzinger Auditorium, CU-Boulder campus

Chef Kleinman will discuss how he got started in the molecular gastronomy field and why he will never go back to cooking the same old way. A liquid nitrogen demonstration will follow with some Willy Wonka inspired treats