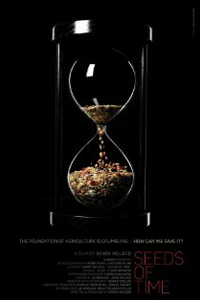 Preceded by Meltdown: In an epic struggle for survival, Spaghetti, Ham Sandwich, and Celery embark on a journey to change the refrigerator’s temperature control knob in this animated short.

How future families across the globe will be fed is the subject of “Seeds of Time,” an urgent look at our coming agriculture crisis and the seed banks that are racing to preserve genetic diversity as climate change threatens.

"McLeod [the director] succeeds in turning the complex subject of crop diversity and food security into a compelling and thought provoking documentary."