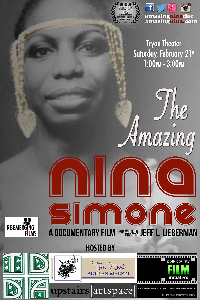 Nina Simone was both loved and feared throughout the 1960s for her outspoken vision of Black Freedom. Today she is more popular than ever. This doc provides new insights into her musical journey from classical music and the segregated South, the worlds of jazz and the Civil Rights movement, through her erratic behavior and self-exile.