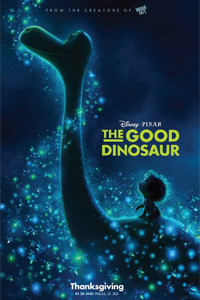 If you’d like to attend, please RSVP to hannah824@gmail.com by 6pm on Tuesday, November 10th.
Michael O’Brien joined Pixar Animation Studios in February 2000 as a member of the Tools department. The first feature film he worked on was “Monsters, Inc.” and from there he went on to work in the production department for the Academy Award®-winning “Finding Nemo,” and returned to the Tools department on “The Incredibles,” “WALL•E” and “Up” where he helped implement and support the effects pipeline. O’Brien came back into production to work as part of the Effects team for Golden Globe®-winner “Cars,” and as the technical effects lead for Academy Award®-winning “Brave.” Most recently, O’Brien worked as the technical effects lead on Disney•Pixar’s “The Good Dinosaur,” set to release on November 25, 2015. Prior to joining Pixar, O’Brien worked as a software developer at Alias/Wavefront working on Maya. He currently lives in the Bay Area with his wife and their four children.