From the director of “A Prophet” & “Rust and Bone” Jacques Audiard 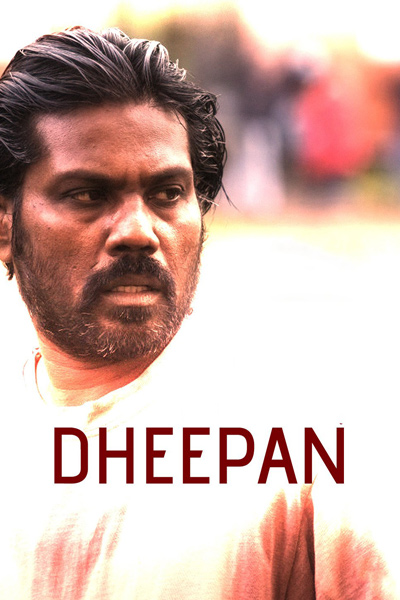 "Dheepan," the controversial 2015 Palme d'Or winner, was written and directed by Jacques Audiard, whose films often focus on the forgotten and marginalized, the criminal, the displaced, characters who try to move out of a permanent underclass into the alienating mainstream of French life. In "The Beat That My Heart Skipped," "A Prophet" "Rust and Bone" and now "Dheepan," the characters come from violent backgrounds, where they have done horrible things, and the plots involve searing acts of redemption or salvation. These films are akin to a phoenix rising from an inferno of destruction.

"Dheepan," featuring two extraordinary central performances, starts in the chaos of civil war in Sri Lanka and moves to another kind of chaos in a housing project in Le Pré-Saint-Gervais. When the film focuses on the everyday life of the makeshift family at its center, it is compelling and thought-provoking. "Dheepan" derails in its final sequences, becoming a revenge-thriller, and it's a disappointment. Overall, though, "Dheepan" is finely-drawn, beautifully shot and acted, featuring complex characters doing their best in no-win situations.

Dheepan gets the dauntingly enormous job as "caretaker" of a big housing project in Le Pré, overrun with drug dealers running their operation out of one of the buildings in broad daylight. He is told to ignore the "thugs," work around them, pass on by. Illayaal is enrolled in school. Illayaal does amazingly well, all things considered (and young Vinasithamby is terrific in a challenging role). Dheepan and Yalini share space warily, and their initial conversations are made up of Information Only topics: cooking, jobs, money. Yalini yearns to escape to a cousin who lives in England. She keeps one eye on the door, feeling no responsibility for Illayaal or anything else. She gets a job cleaning the apartment of an invalid man in the drug-dealer building, where the pitch-black stairway is like a descent into Dante's Inferno, glimpses of "thugs" passing by, frothing pitbulls struggling against the leash. Her job for the old man is quiet enough at first, and she finds herself drawn to Brahmin (Vincent Rottiers, in a frightening and charming performance), a young drug lord with an electronic tag on his ankle and chilly blue eyes. There is one extraordinary scene where he and Yalini have a complete conversation, in two different languages, not understanding one word the other says, but somehow an energy-charge passes between them. The situation shivers with the draw of danger, and the scene is pure Audiard territory.

There are great scenes throughout between Antonythasan and Srinivasan: the characters submit to their pretense uneasily, take care of their new charge, argue, soften towards one another. Their scenes have a fresh intensity, with sudden soft moments, like Yalini telling Dheepan that he needs to develop a sense of humor. It's as though they are handcuffed to each other and have to try, at least, to get along. Did Dheepan have a family of his own? He seems used to close proximity, whereas Yalini is uncomfortable. He and Yalini fight over her desire to pick up stakes; he feels responsible for the child. Dheepan keeps his head down as the drug wars heat up in the vast unkempt space between the housing project buildings. The innocent residents cower in their dark apartments.