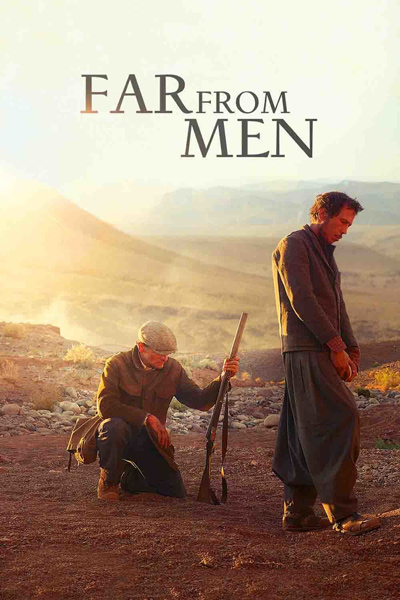 Hosted by Brian Quinn, Department of French and Italian

Here we have an odd, yet affecting adaptation of the Albert Camus short story The Guest, reimagined as a classic western set in northern Africa, of all places.

A refined anchoring performance from the famously gymnastic linguist Viggo Mortensen (speaking fluent French and Arabic here) is the trump card played by this stylish production.

The ever-charismatic American leading man plays Daru, an Algerian soldier-turned-schoolteacher who must take a man accused of murder on a journey to face trial in a nearby town.

Daru’s charge goes by the name of Mohamed (Reda Kateb, a face who will be most familiar to fans of Zero Dark Thirty). Though seemingly resigned to an unpleasant fate, Mohamed is not the kind of man to let a travesty like simple bad luck get the better of him.

The unusual bond that develops between Daru and Mohamed could have come off as rather corny, were it not for the beautifully synced performances of the two actors playing them.

Evocative cinematography and a suitably restrained score by Warren Ellis and Nick Cave also maintain a strong connection with viewers at those times where dialogue all but disappears from the film.

Perhaps the first existential “buddy movie” ever committed to celluloid, but in no way the obscure or emotionally remote experience many who know of Camus’ work might have thought.