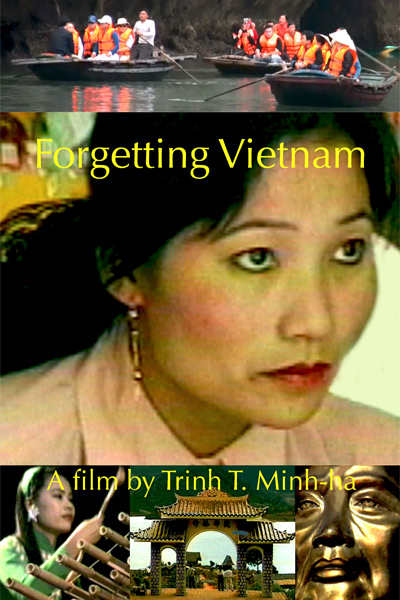 Sponsored by Roser Visiting Artist endowment, The Department of Critical Media Practices, Center for Documentary and Ethnographic Media, Department of Art and Art History, Department of Anthropology College of Media, Information and Communication, and C.U. Center for Asian Studies
“It all begins with two”: departure/return, earth/water, history/tourism… Starting from the ancient myth of Vietnam’s foundation – a battle between two dragons – and from the balance between earth and water that defines the country geographically, Trinh Minh-ha composes a palimpsest of words and images filmed in 1995 in Hi-8 video, then in HD in 2012. Words, superimposed, come and go like a graphic ballet that adds a layer to the archaeology visible in the landscape, a mix of ancient traditions and authoritarian attempts to eradicate them.