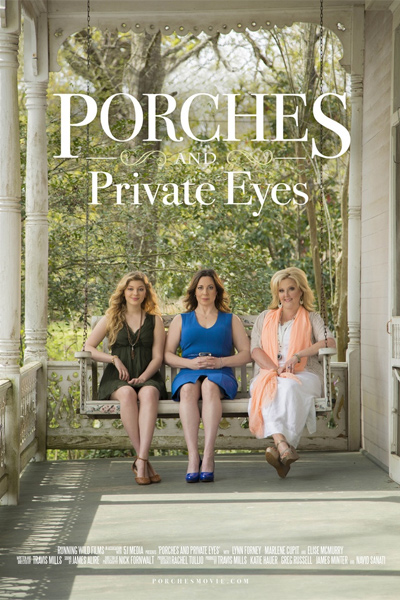 Ann Margaret, Patsy Lynn and Jenny Rose are not unlike most Southern women. They attend church on Sundays in their respective denominations, enjoy making and consuming a good Southern meal with sweet tea of course and… they have a little porch-sitting gossip circle.

But when Jimmy Preston, an eccentric in their small town, disappears and a new stranger in town named Paul West is the main suspect, the women turn from rumors to sleuthing to solve the mystery. In a journey that leads them from haunted mansions to the backwoods of Mississippi, these ladies have the time of their lives in this comedic murder-mystery, Porches and Private Eyes.