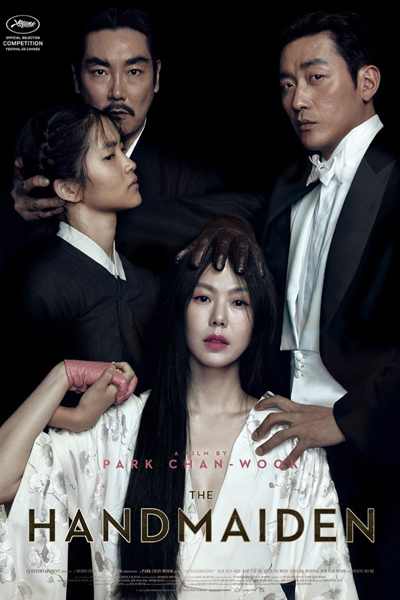 The screenplay by Park and Chung Seo-kyung is a kind of meta-reading of Sarah Waters’ 2002 novel Fingersmith, which tells the story of a girl from the slums in Victorian England who becomes an expert pickpocket, until drawn into a double-cross by a gentleman-swindler. Park’s playful reworking relocates the sting to 1930s Asia, where a Korean girl with bad intentions infiltrates the household of a wealthy young Japanese heiress. But nothing in the story goes as planned.

Strangely enough, while the original title Agassi can be translated simply as "young lady," the English title The Handmaiden refers to one character and the French Mademoiselle to another. It all depends on how you look at it.