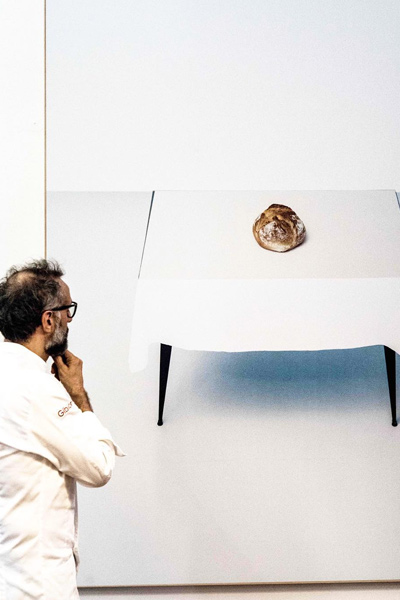 Enjoy a snack made from wasted food between these two films. Read out more about the Flatirons Food Film Fest

Theater of Life is about the Refettorio Ambrosiano, an extraordinary soup kitchen conceived by renowned chef Massimo Bottura during the Milan 2015 World’s Fair. Massimo invited 60 of the world’s best chefs to join him to cook for refugees and the homeless of Milan. All meals were made from the waste food of Expo.

From director Peter Svatek: “What is home for a homeless person or a political refugee? Massimo says chefs can no longer cook for just the elite ignoring the ethical issues about feeding the planet. These are the questions the film tackles. The Refettorio became a home. It was fascinating and beautiful to see how these great chefs transformed waste food into delicious meals.

“But we wanted more. To meet and get to know the people the Refettorio served. Who are they? What is their life like? What happened to them at the Refettorio? And through their eyes raise some of the important ethical questions. The film is, I hope, a warm, human, compassionate look at the Refettorio.”