With Director Jeff Orlowsky In Person 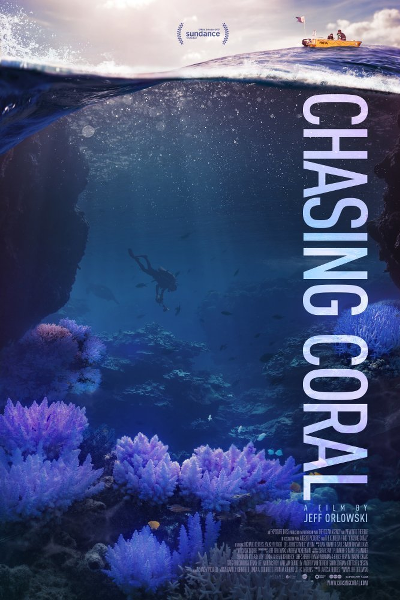 With Director Jeff Orlowsky In Person, plus other special guests

"Educating audiences on abstract environmentalism is one thing; making them actually care about the inconvenient truth is another. Jeff Orlowski’s marvelous Chasing Coral accomplishes the latter and even unexpectedly earns your tears via a suspenseful study of the mass death of coral reefs, a lesser-known emergency. With breathtaking footage and sophisticated underwater technology, the documentary awakens a childlike sense of adventure in the viewer. By film’s end, you’ll see corals not only as underwater life forms but as dreamy, endangered neighborhoods inhabited by unspeakably beautiful Nemos and Dorys.

Joining Orlowski are dedicated scientists and technicians, a group whose collective enthusiasm is rousing. The brainchild is activist Richard Vevers, a former Don Draper–esque ad man who figures there’s more to life than selling toilet paper. Combining his marketing chops with his lifelong love of the underwater world, Vevers approaches the public’s obliviousness to the environmental impact of coral bleaching (a sign of impending death) as an “out of sight, out of mind” advertising problem. Also in the crew is the affable Zack Rago, a self-proclaimed “coral nerd” with an infectious passion. Through painstaking underwater research, a few failed journeys and a massive volunteer network, these modern-day Jacques Cousteaus collect indisputable proof to support their thesis. Stats like, “50 percent of the world’s corals were lost in the last 30 years,” will put your heart in your throat. The time-lapse images they gather? Even scarier.

Like its thematic companion, Orlowski’s 2012 doc on melting glaciers Chasing Ice, the sober and urgent Chasing Coral is thankfully far from discouraging. Instead it’s a motivating wake-up call that makes one want to drop everything and join the onscreen crew, rebelling against today’s political priorities. Stay through the credits for some inspiration from a tiny turtle that refuses to give up. You figure, if he can stick it out, we can too."