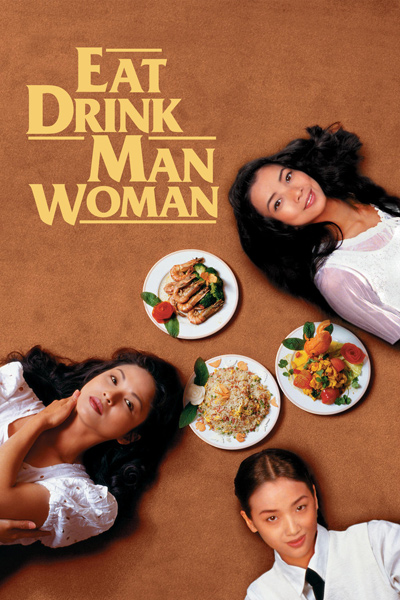 "Before he became an internationally renowned filmmaker and two-time Academy Award winner for Best Director (Brokeback Mountain, Life of Pi), Ang Lee was carving out a nice career in his native Taiwan. Two of his pictures, 1993's The Wedding Banquet and 1994's Eat Drink Man Woman, earned consecutive Best Foreign Language Film Oscar nominations, and both should have won against the underwhelming competition.

That's especially true of Eat Drink Man Woman, a wise and touching piece that matches movies like Babette's Feast and Like Water for Chocolate in its depiction of food as a source of spiritual nourishment. Sihung Lung, so memorable as the father in The Wedding Banquet, here plays another parent, this one a culinary wizard who relates better to his dishes than to his three daughters: Jen (Kuei-Mei Yang), a schoolteacher still feeling the pain from a long-ago college relationship that ended badly; Kien (Chien-Lien Wu), a savvy businesswoman unable to find stability in her personal life; and Ning (Yu-Wen Wang), a perky fast-food employee who finds herself attracted to her best friend's boyfriend. The food on display will make mouths water, but don't assume this film is merely the cinematic equivalent of a high-end menu: The various relationships among the characters prove to be as intricate and delectable as the dishes, and the piece packs a potent emotional reach."