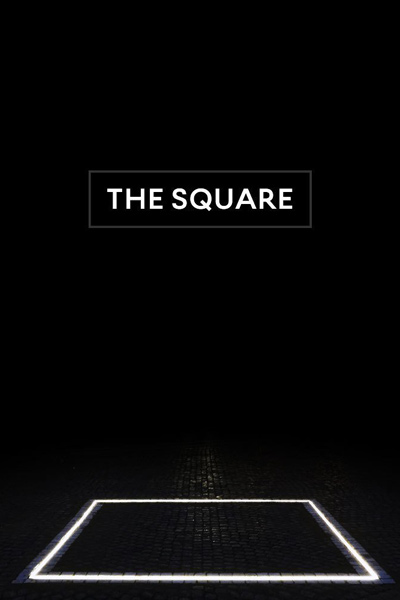 Swedish writer-director Ruben Ostlund takes modern society’s temperature and finds it dangerously overheated in the madly ambitious and frequently disquieting The Square. Following his unnerving 2014 international hit Force Majeure with a work that addresses some of the world’s pressing ills with very dark and queasy comedy, Ostlund juggles quite a few balls here, arguably a few too many to keep them all airborne for nearly two-and-a-half hours; some significant cutting would unquestionably improve the film’s critical and commercial prospects. But it’s still a potent, disturbing work that explores the boundaries of political correctness, artistic liberty and free speech in provocative ways and should receive significant exposure internationally.

White liberal guilt is probably a relatively new phenomenon in historically all-white Sweden, but the local version of that concept is what drives much of the drama here. Waves of immigrants over the last couple of decades have altered the face and dynamics of the citizenry, giving rise to inequities, mistrust and fears more familiar to other countries in the West.

Ostlund digs into the matter through the perspective of a sophisticated, highly educated and instinctively liberal art museum curator. Tall, good looking and tolerant as a matter of course, and quite keen to remain on the cutting edge of artistic movements, the no doubt not-accidentally-named Christian (Claes Bang, from Swedish television’s The Bridge) is currently overseeing one project that reflects his social concerns: It’s a space called The Square, a sanctuary  where anyone entering it is supposed to abide by humanitarian values rooted in the Golden Rule and equal dignity for all.

But it takes no time for things to go haywire. A bizarre public incident in which he admirably protects a hysterical woman from an angry man concludes with Christian finding that he’s had his phone and wallet stolen in the process. Led to believe that the culprit resides at a particular address in a dodgy part of town, he leaves letters requesting his belongings’ return at each apartment in the building. Lo and behold, he soon gets them back intact, and his immediate reaction is to unload a lot of money on the first homeless beggar he encounters.

So far-out is some of the stuff that goes on at the X-Royal Museum that it momentarily looks as though the film will emerge as a full-fledged comedy, but it’s the mix of mordant humor and sulfurous weirdness that defines its true nature. Christian’s private life remains little explored for a long while, until he finally engages in a one-night stand with an American journalist (Elisabeth Moss), earlier seen conducting an inept interview with him, who later attempts to engage in a far more uncomfortable sort of probing; she also seems to have a chimpanzee as a flat-mate.

Similarly long undisclosed is the existence of Christian’s two daughters, who barely speak to him anyway once he’s forced to keep them for a spell. But it’s a couple of the man’s young, cutting edge-obsessed museum colleagues who end up causing him the most trouble with behavior that casts the discussion of freedom of expression versus social responsibility in the most vivid light.

Hovering over Christian throughout like a dark threatening cloud is the lingering aftermath of the early robbery incident, which also involves the spectre of racial and social prejudice. What’s perhaps most impressive about Ostlund’s evolving style as a filmmaker and social commentator is his compulsion to enrich every scene he creates with a multitude of tones and nuances across the serio-comic spectrum. He’s like a virtuoso chef driven to try increasingly wild combinations of spices and ingredients; often the result is terrific, once in a while it’s too much.

An arguable example of the latter is an out-of-nowhere set-piece, featuring almost none of the main characters, in which a gala dinner attended by mostly gray-haired crowd art patrons is theoretically entertained by a wild, bare-chested man (the notable stunt coordinator and “animal actor” Terry Notary) romping threateningly through the dining hall. Good humored about the act at first, the audience shortly comes to feel genuinely endangered, and the director, with Notary’s great help, really cranks up the suspense. But it goes on and on, to the point where you can only wonder what’s become of the security guards, or even the wait staff, for this elderly crowd. — Todd McCarthy, Hollywood Reporter