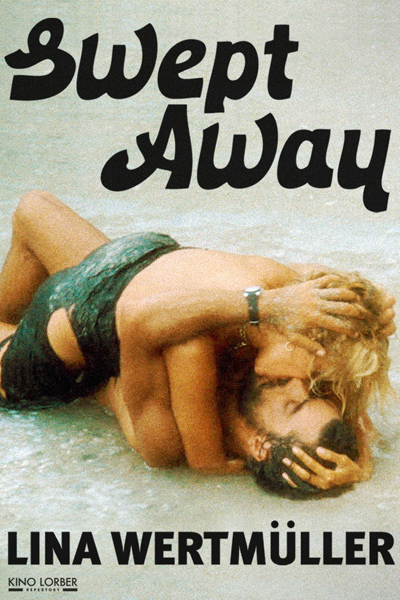 Set against the backdrop of the beautiful Mediterranean, Swept Away is Lina Wertmuller's most famous and controversial film about sex, love and politics. On an elegant yacht cruising off the coast of Sardinia, Raffaella (Mariangela Melato), a rich and stunning capitalist, enjoys tormenting Gennarino (Giancarlo Giannini), a Communist sailor. Fate weaves a different scenario and roles become reversed when the two find themselves stranded together on a deserted island. Raffaella must submit to Gennarino in order to survive, which culminates in a dramatic climax when they are rescued. They must determine if their love can survive the harsh realities of civilization.