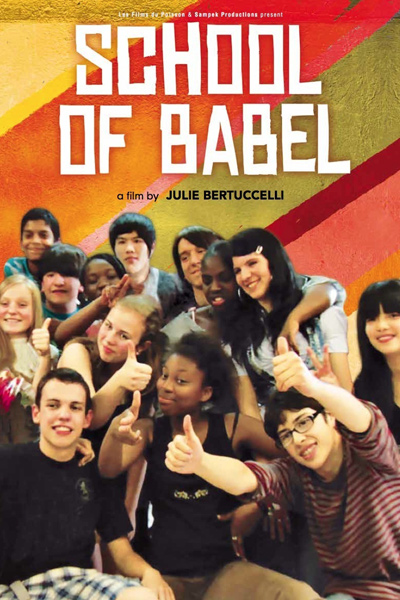 The school of La Grange aux Belles in northern Paris has a program for immigrant children (many of whom have a hesitant grasp of French) that provides intense language lessons alongside the core curriculum so the kids can ultimately matriculate into regular classes. Teacher Brigitte Cervoni, demonstrating the perfect balance of encouraging warmth and unwavering academic expectations, guides her charges through the year, cognizant of the need to be not only a teacher, but also a symbol of a France ideally welcoming to all newcomers.

Students in the class range in age from 11 to 15 and come from all corners of the globe and all walks of life. Many are political refugees or have fled lives of hardship, while others were from relatively solid backgrounds and are coping with reduced circumstances in the expensive French capital. As is common among immigrants, many must be their parents’ mouthpieces, since often the kids’ language skills surpass their family’s rudimentary French.

Troubled Rama from Senegal was mistreated by her father’s family and now disguises her insecurity under a thin blanket of antagonism; negotiating schoolwork, the pressures of classroom socializing and whatever pitfalls the outside world throws at her can be a raw experience. Withdrawn Xin, from China, barely knows her mother, who moved to France when her daughter was very young, yet works all hours at a restaurant now that they’re united; one of the docu’s greatest pleasures is watching Xin’s transformation from a sad, lonely girl to a laughing participant with her classmates.

Peers, some given equal attention, come from Serbia, Venezuela, Ireland, Guinea, Ukraine, Libya and a host of other nations. Apart from a scene at the end when the class enters a short film they’ve made in the Cine-Clap Festival, Bertuccelli keeps her camera in the schoolroom, including parent-teacher/guardian-teacher conferences, which provide just enough extracurricular information to paint a more complex picture. Issues of racism are largely passed over, and the implication that France (or any country) throws its arms open to all is never questioned. Visuals are clean and bright, with editing nicely juggling the ups and downs of the academic year.