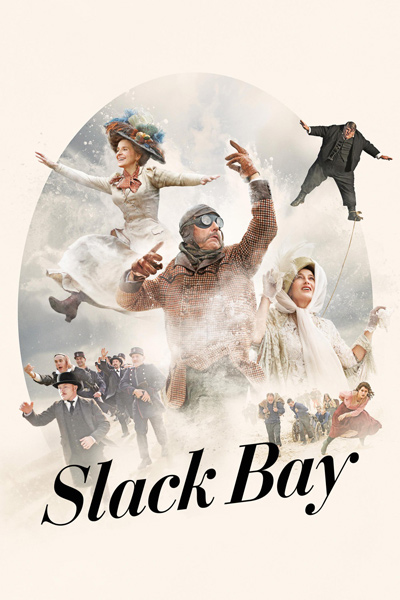 "Shortly before World War I, haute bourgois André Van Peteghem (Fabrice Luchini) arrives on the Normandy coast with wife Isabelle (Valeria Bruni Tedeschi) and sister Aude (Juliette Binoche) just as rotund police inspector Machin (Didier Després) is summoned to investigate a spate of mysterious disappearances. If Jacques Tati and Luis Buñuel had ever teamed up on a picture, it might well have looked like this grimly absurdist satire, which mischievously seems to suggest that the Norman character has changed little over the last century. Set at the fag-end of the Belle Époque, this vicious dissection of the French class system carries echoes of Sir Henry At Rawlinson End and Delicatessen, although plenty of pratfalls and slapstick business have been imported from Laurel and Hardy, Monty Python and the Clouseau movies.

It shouldn't work, especially with an auteur renowned for minimalist existential miserabilism behind the camera. But Bruno Dumont seems bent on reinventing himself as a comedy director, and this gleefully raucous romp continues the good work started in P'tit Quinquin.

Cannily casting non-professional Thierry Lavieville and his son Brandon as the mussel fishermen who ferry tourists across the marshy estuary, Dumont is able to emphasise the chasm in status between these snaggletoothed cannibals and the inland inbreds played by such acting aristocrats as Fabrice Luchini, Juliette Binoche and Valeria Bruni Tedeschi. But, while Dumont demonstrates a knack for impeccably timed slapstick, he seems to forget that brevity is the soul of wit in allowing the cross-dressing romance, a couple of mealtimes and a religious procession to overrun.

Nevertheless, this is often uproariously funny, with the outré performances of the star names being as integral as cinematographer Guillaume Deffontaines' glorious seascapes."