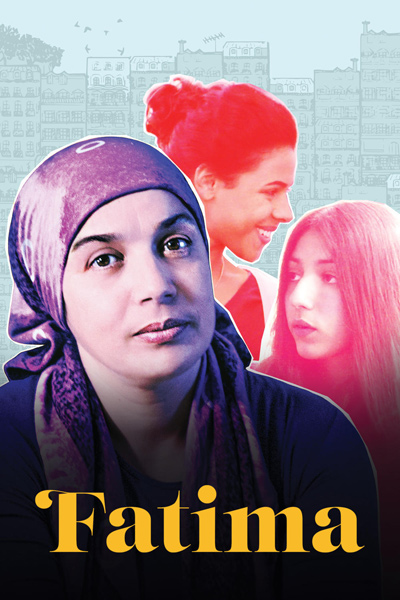 “If my daughter is a success, my happiness is complete,” declares the title character of “Fatima,” a small miracle of a film from the French director Philippe Faucon.

Divorced from her husband, whom she followed to France and with whom she is still friendly, Fatima (Soria Zeroual) is a 44-year-old North African woman raising two teenage girls in Lyon. The oldest, Nesrine (Zita Hanrot), 18, is a first-year medical student, and the younger, Souad (Kenza-Noah Aïche), is a sullen, sexy 15-year-old rebel ashamed of her mother for working as a housecleaner.

Souad sneers that Fatima is “a useless she-donkey” and “a living rag.” But her mother, however stung, endures the abuse and chooses her words carefully when firing back. Fatima loves her daughter despite her insolence. Steeped in North African Muslim culture, Fatima has traditional notions of what she calls “respectable” female behavior that don’t apply in France, and she is upset when Souad insists on baring her shoulders.

If the movie, loosely based on two books by Fatima Elayoubi, tells a familiar story of immigrants struggling to make something of themselves in an alien culture (Fatima speaks some French but reads only Arabic), it does so in a tone that is kindhearted but clearheaded, and the performances are low-key and believable. (Mr. Faucon picked Ms. Zeroual, a nonprofessional actress, to play Fatima.) It makes you feel the intense pressures facing Fatima and her family from all sides. When a young man flirts with Nesrine on a train, she politely but with a tinge of regret explains that she has to study.

Some of those pressures come from gossipy female neighbors who are envious, and judgmental. One Moroccan woman fumes that Nesrine didn’t greet her at a bus stop, an incident that Nesrine, lost in her thoughts of school, doesn’t recall. While on the job 12 or more hours a day, Fatima is treated with barely disguised contempt by female employers who brusquely order her around and who, she rightly senses, suspect her of petty theft.

To bolster her morale, Fatima has been keeping a bedside journal, written in Arabic. As she reads aloud from it to a sympathetic doctor, her reflections on hardship, sacrifice and life’s unfairness have the tone of a humble manifesto.

“Be proud of all the Fatimas who clean working women’s houses,” she reads, and her words resound with the determination and quiet nobility of a woman who, however downtrodden, knows her own worth.