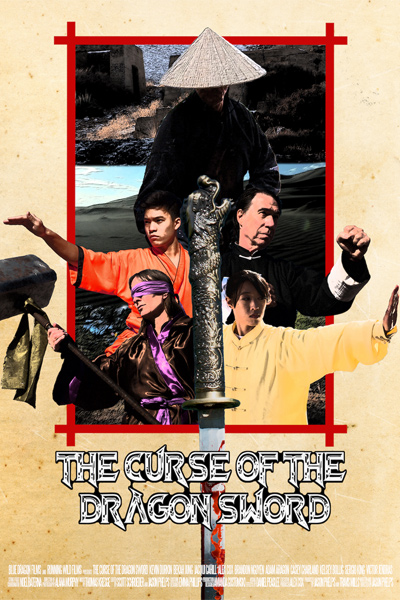 A note from the director:

It's amazing to me how fortunate I've been with making this movie. It started out as a goofy short film I made as a class project for school and now, as the third installment in the series, has turned into my first feature film. And even though I've sweat and bled for this movie, there's no denying that it simply wouldn't exist without the incredibly talented group of local artists that Colorado provides backing me up.

The film itself is a fun action/comedy that pays homage to classic Kung Fu films of the 70s (Shaw Brothers films, for example). The voice dubbing is intentionally awkward, the acting is intentionally overdone, and the fight scenes are intentionally exciting! Using a group of Denver and Boulder-based martial artists (and an astoundingly gifted fight choreographer) gives the film a clear authenticity that is difficult to reproduce on the micro-budget that we had at our disposal. I also believe that it is because of them that the film has been so incredibly well-received. To say that I was able to find all of this talent here in Colorado is a blessing would be an understatement.

You may be surprised watching this film to learn that it was completely produced in Colorado. It's an advantage that this beautiful state offers such diverse landscapes and unique views. While those a keen eye may recognize bits of the Flatirons or our scene at the Sand Dunes National Park, I have found that those instances are more interesting allusion than distracting setpiece. This works to the film's advantage, considering that all but one of the scenes was shot outside in the cold - but visually wondrous - month of December. Much to the chagrin of my actors, I might add, who at times wondered if it was all worth it while filming fight scenes in the snow. Our mantra while filming: "Pain is temporary, film is forever."

I should note, as a shameless name drop, that I was fortunate enough to include the legendary Alex Cox to my already stellar cast. Alex has been an incredibly supportive fan of this series (providing some voice acting for me in the second installment), and it was an honor to have him back in Colorado for a few days to play one of the main characters in the film. As a matter of fact, it was while working with him on his newest film that the idea of making THE CURSE OF THE DRAGON SWORD came to be. And while he may be most well-known for his directing and writing successes, his on-screen presence is an amazing performance to behold and will surely delight those who recognize him.

At its core, the point of this film is to give its audience a fun experience. It is not a drama. It is not an in-depth character study. What it is is a funny movie that will leave you smiling.