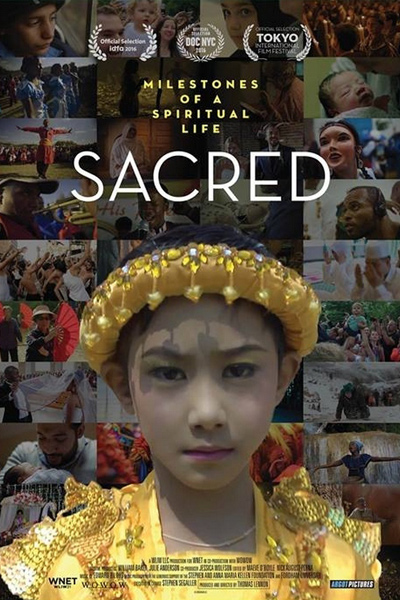 Academy Award-winning documentarian Thomas Lennon marshaled 40 teams of filmmakers from around the world to collaborate on his latest project, the thought-provoking “Sacred,” which explores the role of religion in everyday life. Divided into three sections, titled “Initiation,” “Practice” and “Passage,” this abstract, yet moving documentary follows the cycle of life from birth to death to rebirth through short vignettes.

We see young monks in Myanmar, the experiences of a Muslim boy in Pakistan, the blush of first love set against the backdrop of a Holi ceremony in India, and a young girl navigating her parents’ divorce through her Catholic faith in Spain. We watch the ritual of weddings from Kenya to the Netherlands to Wyoming, and the calm and clarity that comes at the end of life, yearning for forgiveness or to forgive.

“Sacred” delves into the darker places of life where faith sheds light, including American prisons and Ebola cemeteries. Belief is deeply personal, despite the theatrics of ritual, which offer a space for collective ecstasy and catharsis. A young Jewish man says that for him, “to believe is some kind of unknowing.” It’s a resonant statement that captures the courage of faith on display in this film, even when it wavers in the face of death and darkness.

The film articulates a concept of universal humanity. No matter the religion or circumstances, we all have the same desires for peace and connection throughout life.