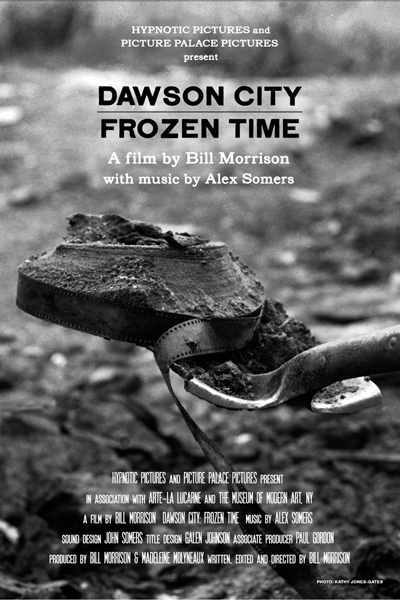 Depending on whom you talk to, anywhere between 75 and 90 percent of all silent film is lost forever. The vast majority of everything produced between the advent of moving images in 1894 to the proliferation of synchronized sound in 1929 is gone; all of those features, shorts and newsreels were either melted down to make ladies’ heels, buried, burned, broken, busted or just plain destroyed.

This is why any discovery of film from that era carries significance. No matter how complete or what condition the recovered film is in, these hardy images somehow dodged obliteration and survived long enough to report the past to the present.

This alone makes Dawson City: Frozen Time — a documentary constructed almost entirely from rediscovered silent film fragments — essential viewing. Here are images that haven’t been seen since the 1910s and ’20s, unearthed, literally, and presented for a modern audience.

How did we get here? Well, for the first half-century of cinema, movies were thought of as disposable entertainment. Features, shorts and newsreels were shipped from theater to theater with no real concern for protection or preservation. When one theater was done screening the show, they packed up the reels and sent them off to the next theater in line.

But when it came to the Canadian Gold Rush town of Dawson City — located on the Yukon River, roughly 173 miles south of the Arctic Circle — there was no next in line. Film reels arrived in Dawson City with no forwarding address, no return carriage to send them back to Hollywood, just the simple instructions to destroy the print following its theatrical run. Since early film was constructed with silver nitrate, destruction was as simple as a small spark. Those that survived incineration were either tossed into the Yukon River or locked up in a nearby bank.

Then one day in the 1930s, all remaining film prints were used to fill in a rec center pool in Dawson City. The movies, along with mountains of dirt, rested and waited until the 1970s when a construction team unearthed the 533 buried reels representing 372 different films and newsreels. All were thought to be lost. Now here they were, preserved and protected by the Yukon’s permafrost.

Composed primarily of these recovered images, Dawson City: Frozen Time isn’t just the simple telling of these movies, but of the time they come from. Director Bill Morrison presents his story atmospherically and emotionally; easily making connections between the Gold Rush and Hollywood, baseball and politics, labor unions and factory bosses, even past business and current politics — Donald Trump’s grandfather, Fred Trump, made his first fortune as a real estate mogul during this period, with a brothel no less.

Morrison forgoes standard narration and dialogue, opting to relay information via subtitles and emotion via Alex Somer’s hypnotic and enveloping score. The result is a powerful stream-of-consciousness construction that carries viewers down a dreamy path into our collective history. It’s not one you’ll want to miss. — Michael Casey, Boulder Weekly