Tales of an Immoral Couple 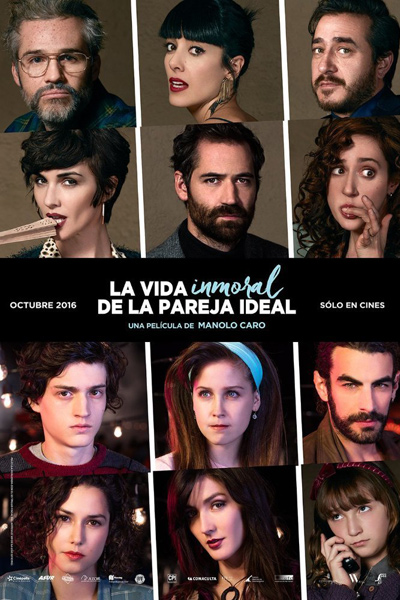 Tales of an Immoral Couple centers on Lucio and Martina, two former lovers whose passionate romance began while attending a strict Catholic high school in Mexico. Twenty-five five years later, they unexpectedly run into each other in the city of San Miguel de Allende and despite still sharing an undiminished love for one another they both pretend to be in happy marriages––even if it’s all lies. As they try to maintain their facades, a comedy of errors ensues that reveals the true reasons why the couple ended up separating in the first place.

Emmy-nominated actress and Caro regular Cecilia Suárez plays the role of Martina, while Manuel García Rulfo(The Magnificent Sevenand the upcoming Soldado) plays the role of Lucio. They are joined by a cast of established as well as up-and-coming actors including Sebastián Aguirre (Güerosand A Monster with a Thousand Heads), Andrés Almeida (You’re Killing Me Susanaand Y Tu Mamá También), and Spain’s Paz Vega (Lucía and Sex, and Almodóvar’s Talk to Herand I’m So Excited).

Shot on location in Mexico’s picturesque San Miguel de Allende, Tales of an Immoral Couple premiered on Mexican screens in November of last year and became one of the top-grossing Mexican films of 2016. With a charming vivacity and a talented cast with impeccable comedic timing, the film offers U.S. audiences a great introduction to Caro, a director who deftly combines his artistry with comedy.

Tales of an Immoral Couple

Mexico, in Spanish with English subtitles, Color, 91 min, Rated R for sexual content, nudity, drug use and some language