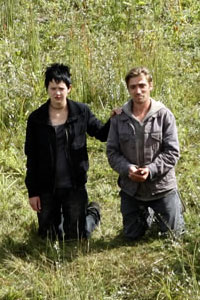 Join us tonight as we screen an archive 35mm print of a 2011 film by Bruno Dumont.
IFS customers have had a chance to see many of Dumont's films, including THE LIFE OF JESUS, HUMANITÉ, LI'L QUINQUIN, and on 10/14 they can also see his SLACK BAY. One title, not in the aforementioned list, can only fully be appreciated on film. Key words include: enigmatic characters, mesmerizing landscapes, and hypnotic sound designs. Only true cinephiliac adventurists need apply.